​Rangers manager Steven Gerrard has expressed concerns over the future of on loan midfielder Ovie Ejaria, fearing he will seek to move back to parent club Liverpool in January.

Ejaria is unsettled at Ibrox despite being a mainstay in Gerrard’s side this season, making 23 starts and five substitute appearances. The midfielder is reportedly unhappy with the physicality of Scottish football and is considering cancelling his loan contract with the Gers. Ejaria was not in the squad for Thursday’s defeat away at Rapid Vienna, which means he has missed the last two Europa League games.

Steven Gerrard has admitted that he needs to have clear-the-air talks with the young Englishman in order to establish whether he still has a future with the Scottish club.

Gerrard, quoted by the ​Express, said: “I need to have an honest conversation with Ovie and see where his head’s at and where he sees his future. I also plan to speak to Liverpool and we’ll see where those conversations go. The reality is he’s a Liverpool player and they have almost got to take charge of this.”

He added: “Ovie is a very quiet kid, he doesn’t give you much. I might have to dig deep to try to find out what’s going on. He’s a young kid, he’s living away from his family. There might be other stuff going on in his life that I’m not aware of yet.”

The ​Rangers manager has expressed his desire to add to his squad in the upcoming transfer window, whether Ejaria stays or leaves Ibrox.

Gerrard said: “The next two windows are very important for us as a team. If we are to have any ambition of getting beyond the group stage or even having a crack at the Champions League then we have to keep trying to recruit well and trying to add quality.” 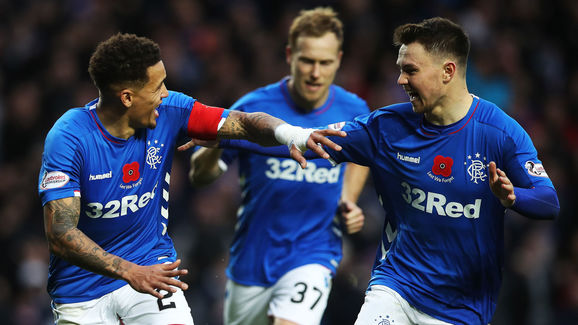 Rangers are currently in second place in the Scottish Premiership, two points behind league leaders and rivals Celtic. Rangers face Hamilton Academical at Ibrox on Saturday as they look to keep up with the pace of the compact set of teams at the top of the league, with six points separating first and seventh.

Building a Gimbal in Rust: An Introduction