Brighton manager Chris Hughton claimed there were a number of positives to take from his side’s Sunday afternoon match against Chelsea, despite the Seagulls losing the game 2-1.

The Blues took command from the first whistle at the Amex Stadium, with the visitors showcasing their ‘Sarriball’ style of football with aplomb.

Chelsea took the lead early on via a Pedro tap in before Eden Hazard doubled the lead before the break. Solly March pulled one back for his resurgent side in the second half but they were unable to find an equaliser. 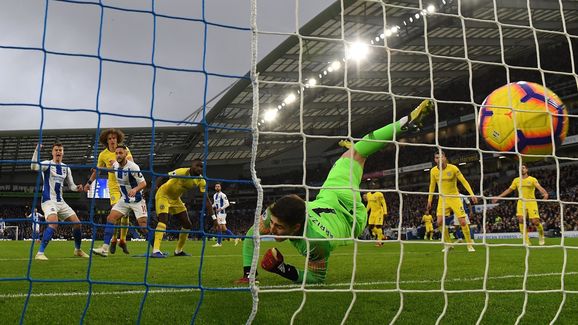 Speaking after the defeat, via ​Brighton‘s ​official website, Hughton said: “

Brighton will look to respond positively next weekend, when they travel to face Bournemouth