Ole Gunnar Solskjaer has admitted he’s been handed his ‘ultimate dream job’ after being confirmed as Manchester United’s new permanent manager on Thursday.

Solskjaer, who has won 10 of his 13 league games since taking charge on a temporary basis in December, was the overwhelming favourite to get the job long-term following an upturn in form under his guidance. ​He has signed a three-year contract, and spoke to the club’s website and held a press conference upon confirmation of the news. While hinting that ‘proud’ was the wrong word to describe his feeling after being given the job, he did drop some interesting lines on United’s transfer policy and contract negotiations with current players among other things.

“I don’t think proud is the right word. I’m happy, I’m honoured, because it’s a fresh start. It’s the start of something new again. Now, the hard work starts.”

OGS with a good first presser & interview with MUFC site. This line particularly stuck out to me – effectively confirming transfer decisions are his.

“Obviously I’d been discussing with Ed and the club my ideas for the future and now they’re more or less my decisions to make.”

Solskjaer took over United at the lowest point in their season, following defeat at Liverpool, but the turnaround has been excellent. United’s results since Solskjaer’s appointment puts them top of the Premier League form table (small victories, yes, but it doesn’t make it less true) and it’s been enough to convince the fans, and the club’s decision makers, that this was the right choice.

“Of course, when I got the job, we were 11 points behind fourth,” he added. “Now we’ve given ourselves a great chance to be in the top four and even in the top three, so that’s going to be the short term target in the league and of course we’ve been discussing how to move the club forward.”

He mentions moving forward. United have been linked with dozens of players since his appointment – Jadon Sancho of Borussia Dortmund and Real Madrid’s ​Raphael Varane are among the most talked about as it stands – and Solskjaer did confirm that United will “do business” and spend money at the end of the season. While falling short of what positions needed strengthening, he did reveal, somewhat surprisingly, that decisions on transfers would effectively be his. It’s an interesting one, given United’s all too public search for a new technical director and executive vice-chairman Ed Woodward’s recent habit of getting involved in the club’s transfer market business.

“We have the summer window and the chance to improve the squad, and we’re talking to the players about how we want them to approach next season when they come back. Obviously I’d been discussing with Ed and the club my ideas for the future and now they’re more or less my decisions to make.”

On the Importance of the Champions League:

“Of course the lure of the Champions League is important,” Solskjaer said. “It might be important for some players, but to play for Man Utd you know if you sign a contract for four or five years, you know you’re going to be playing Champions League. We’re in a great position but that’s not decided until May 12, probably.

“We need to get going before then with talks about players, with players, who’s going to stay here. But I have to say my short term focus is just these (remaining) games.”

​David de Gea and ​Ander Herrera are among the high-profile players who are out of contract soon – the latter at the end of this season, De Gea next – and Solskjaer went on to hint that confirmation he will be staying may be a helpful factor in getting the deals over the line. 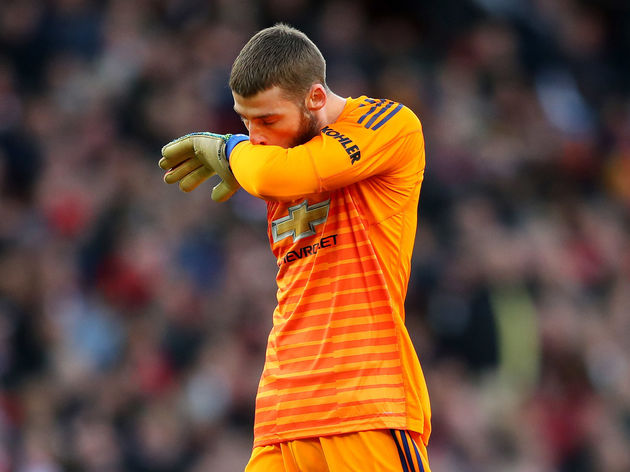 Asked if his appointment will convince them, he said: “You’ll have to ask them, but of course to know who the manager is for the club next season is helpful for any player to decide where he wants to play. We’ve got a couple of players that we’re in talks with and hopefully we can get their futures sorted.”

Solskjaer’s first game in charge on a permanent basis will be at home to Watford this weekend, with a trip to Wolves coming up on Tuesday. The new boss can expect a warm welcome in the club’s next outing – with a stadium full of fans who’ve shown their backing over the last few months finally in the knowledge that Ole’s at the wheel.

5 of The Best Moments of Paolo Rossi’s Career