​Yannick Carrasco’s agent has revealed Dalian Yifang are adamant the Belgium international is not for sale this summer, despite his pleas to leave China and return to Europe with Arsenal heavily linked.

Carrasco moved to the Chinese club from ​Atletico Madrid last year and has recently ​voiced his eagerness to leave, also criticising his teammates and those in charge of the side.

Christophe Henrotay, Carrasco’s agent, recently revealed Dalian Yifang are not planning on selling the 25-year-old, while also stating Arsenal had not submitted a formal bid for his services, claiming they were just interested.

The attitude of some club’s leaders and teammates towards me is incomprehensible to me given my commitment and performance with the team so far. The team needs me and I want to help the team. This problem need to be solved.

He said, as quoted by Het Laatste Nieuws: ”Carrasco has been saying for a long time that he wants to return to Europe.

“There are clubs that would like to sign him. One club submitted a formal offer. Other clubs, such as Arsenal, also wanted to do that, but Dalian said he was not for sale.”

The 25-year-old was suspended by the Chinese club after returning late from international duty with Belgium but his agent added that it was due to the winger needing treatment for a knee injury.

Henrotay added: “Carrasco had discomfort in his knees after the international matches. He stayed in Belgium for treatment. The club received medical reports that prove that. Now, this situation is due to the fact that the club is not addressing the cause of the problem.” 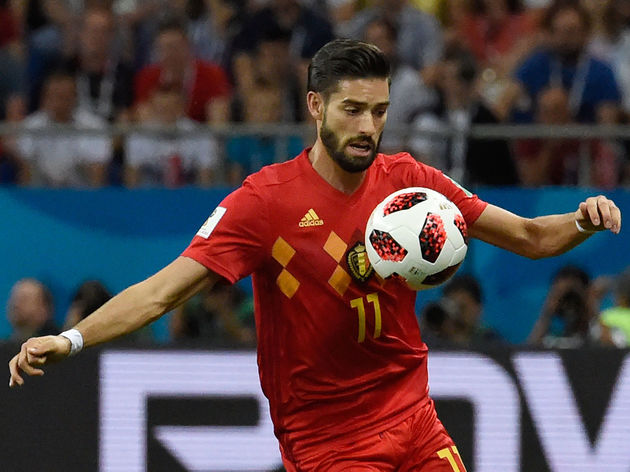 a deal in January but it eventually fell through. T​Premier League

5 Ways to Improve the FA Cup That Will Keep Everybody...

5 of The Best Moments of Paolo Rossi’s Career