Real Madrid striker Luka Jovic has laughed off rumours linking him with a premature loan move away from the club, declaring Zinedine Zidane ‘believes’ in him.

Jovic joined Los Blancos from Eintracht Frankfurt this summer in a deal worth around €65m, but various reports have claimed that Zidane was not happy with his performances in pre-season and training, and thus wanted to send him out on loan for the 2019/20 season. 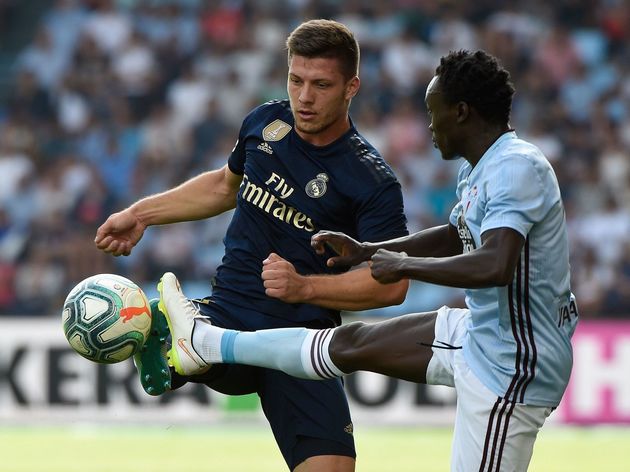 In recent days, Jovic has been linked with a move to AC Milan, with Gazzetta dello Sport claiming the Italians have identified him as a top target going into the final days of the window, which, for Italy, shuts on August 23.

However, speaking to Serbian publication Novosti, as quoted by Marca, the striker declared: “Stories like that [of me moving on loan] make me laugh, as the media will always engage in such stories.

“I have been used to all kinds of rumours since the beginning of my professional career. I have accepted the fact that they can always be there, and time will tell which ones are true. [Zidane] believes in me and his opinion hasn’t changed during the time that we’ve been working together.

“I am learning from him day by day and I am very satisfied because he is, as a player and coach, one of the best in world football.”

As for his goals at Madrid, Jovic declared: “I am ready to do my best and offer everything I can. I don’t expect to play immediately, but I will reach my targets through hard work and dedication.

“Real Madrid’s ambition is always [to win] the titles and the time is approaching when we will show our real strength and what we can do.”

The forward was then asked about Karim Benzema, the man he will be competing for a place in the team with. He replied: “[Benzema] is a very interesting forward, he has much more experience than me and I try to learn from him.

“One of the best things about football is when you can play next to adults when you are young and learn from them. All the players have received me very well and I get along with everyone. We often laugh in the locker room.”

Newcastle vs Burnley Preview: How to Watch on TV, Live Stream,...

Pep Guardiola’s Gabriel Jesus Gamble Paid Off – But it Was...