The Reds sit top of the pile after four rounds of the new season, winning all of their games despite making no signings in the summer. They secured a comfortable 3-0 victory away to Burnley before the international break, Roberto Firmino and Sadio Mane getting on the scoresheet. Steve Bruce’s recruits have risen to 14th place following a shaky start to the year. A hard-fought triumph at ​Tottenham Hotspur got their season on track, with a 1-1 draw with ​Watford taking them to four points.

Here’s our preview of the ​encounter.

Where to Buy Tickets

Tickets for the game are, as ever, available on both teams’ official club websites, though membership is required in order to purchase. In terms of resale, both teams provide the option to make season tickets available for others to use, if a supporter is unable to attend the game themselves.

​Liverpool midfielder Naby Keita is in line for a return to the first-team following a hip problem, though he will face a late fitness test.

Jurgen Klopp will definitely be without goalkeeper Alisson Becker and reserve right-back Nathaniel Clyne. The Brazilian is still recovering from a calf strain, whilst the Englishman will be sidelined until the turn of the year with a serious knee injury. The ​Magpies have seven senior players unavailable. Midfield trio Matt Ritchie, Jack Colback and Allan Saint-Maxim are all ruled out, with DeAndre Yedlin and

This will be the 178th meeting between the two clubs, the Merseysiders having the better of it with 85 wins compared to the visitors’ 50.

The last time Newcastle defeated the Reds was December 2015, the northerners losing three and drawing two since then.

Their most recent clash came as Liverpool tried to wrestle the ​Premier League title from ​Manchester City in May, Klopp’s men earning a 3-2 victory courtesy of newfound hero Divock Origi.

Virgil van Dijk and Mo Salah exchanged goals with Christian Atsu and the recently departed Salomon Rondon at St. James’ Park to set up a tense finale, the Belgian striker stealing the points in the closing stages with a towering header.

The league leaders have been electric in most of their games this term, shredding ​Arsenal and ​Burnley in their last two matches.

Mane and Firmino have been particularly impressive up front, whilst Joel Matip has stepped up and forged a solid partnership with Van Dijk in the heart of defence.

A testing beginning to the campaign increased the pressure on Bruce, but he has since got a tune out of his squad and collected an excellent victory away to Spurs to temporarily silence his doubters. 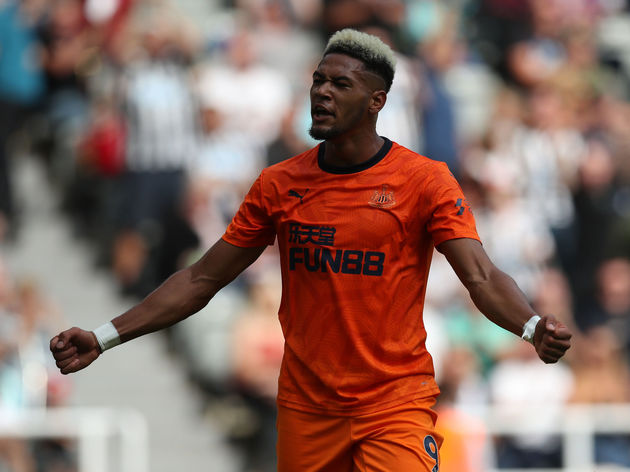 However, they are still without a win on home turf after the stalemate with the Hornets and a penalty-shootout exit in the League Cup following a 1-1 draw with ​Leicester City.

Here’s how the sides got on in their last five fixtures:
​

Things are less bleak at Newcastle as results and performances have taken an upward turn. Nevertheless, they are firm underdogs as they travel to Merseyside to take on the form team in the country. Liverpool will expect to win with relative ease given their faultless start and the likes of Mane will cause significant issues for the Magpies. It’s doubtful whether the visitors will be able to cope with the devastating attacking trident leading the Reds’ charge.