​Virgil van Dijk has played down suggestions that he is in the process of discussing a new deal at Liverpool, explaining his focus is purely on playing football at present.

The Dutchman is widely considered one of the world’s finest defenders, after impressing for the Reds throughout his near two-year stint in Merseyside since joining from Southampton for £75m in January 2018.

During that time, Van Dijk has come within a whisker of securing a first ​Premier League trophy with the club after finishing one point behind last season’s champions Manchester City. He’s also played in two major finals, losing to Real Madrid in the first of his two Champions League showpieces, before overcoming Tottenham in June to lift European football’s top club prize.

Much of the club’s recent successes have been attributed to the towering centre half, who has shone ever since making the move – form that has seen him not only be nominated but become the early favourite to claim the Ballon d’Or award this year.

Van Dijk’s current deal runs out in the summer of 2023, but while information had arisen that ​talks were taking place over a new contract, the 28-year-old has poured water over the premature suggestions.

“There is nothing going on, so that’s it,” Van Dijk told Sky Sports, via the ​Mail. 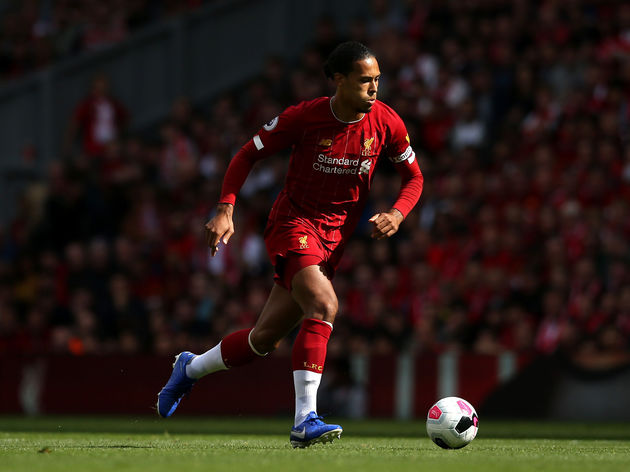 Five points clear at the top of the league table, likely to scoop more personal award and a current ​Champions League holder – as Van Dijk added, the only thing to worry about is football’

Nacional vs Penarol: Uruguay’s Ancient Rivalry That Earned Its Place in...

Hannibal Mejbri to Be Introduced into Manchester United First Team Next...

How Gareth Bale Changed the History of Tottenham Hotspur as We...

Remembering the Hoffenheim Nearly-Men Who Almost Pulled Off the Bundesliga’s Biggest...