​West Ham have had a decent start to the season, picking up 12 points from their first eight games putting them only two points off a Champions League place. A mixture of players coming back from injury, as well as a couple of new signings, have meant that the Hammers remain unbeaten away from home, and convincingly beat both Norwich and Man Utd at home.

With over £80m being spent in the summer, we look at how well West Ham’s new signings have done so far this season. So far, the Spanish Under-21 international hasn’t had the desired influence for Manuel Pellegrini’s side. Fornals cost West Ham £24m and so far hasn’t really been worth half of that. He hasn’t had any effect on the games he started and even when he’s appeared off the bench, he hasn’t produced.

He did score away at Newport County in the Carabao Cup, but other than that the former Villarreal ​man has been poor. In his defence, it’s his first season in English football and has been played on the wing at times, but that’s still not really an excuse for his below-par performances. The veteran goalkeeper joined on a free transfer from Olympiakos to replace the outgoing Adrian as Lukasz Fabianski’s understudy. He’s been poor to say the least, and didn’t dive for a single one of Oxford’s four goals in the Carabao Cup​.

That might have been okay in the grand scheme of things, but now Fabianski faces up to three months out with a hip injury. The only silver linings are the fact he didn’t cost a penny and he now has a run of games to prove himself. So far, not so good for the Spaniard. Another veteran ‘keeper signed on a free, Martin took the brave move to leave Millwall for East London and hasn’t played a single minute.

The tiny sliver of positivity? His dad, Alvin, is a West Ham legend and the fact that Millwall fans were up in arms about his move. A Hammer at heart who finally got his dream move away from Bermondsey. Sorry Millwall fans! 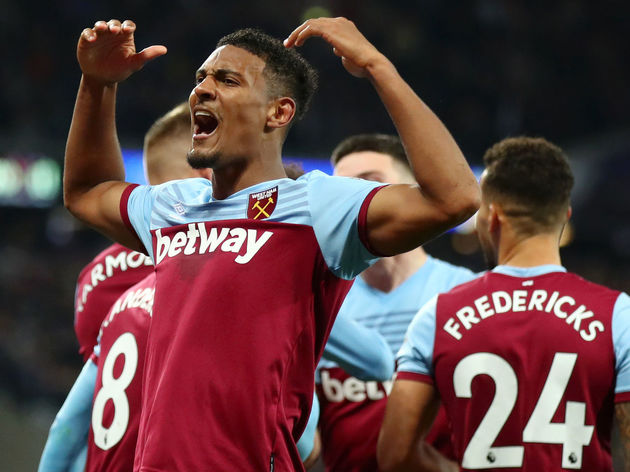 Haller has been pivotal in every West Ham victory so far this season, but a £45m price tag is a lot for someone who has only scored four goals in seven games [Editor’s note: that’s 21-22 goals over a 38 game season, harsh!]. Haller has been brilliant this season but as a striker you could argue he needs to score more goals.

The Frenchman became West Ham’s record signing in the summer after moving from Eintracht Frankfurt, and has started all but one of the club’s Premier League matches so far. = Very much one for the future, but Cardoso has been in and around the first team set up this season. He earned many plaudits at Boavista last season and £2.75m seems like a risk free move by the Hammers.

Despite not having any first team experience so far this season, Cardoso gets a passing grade purely for his potential value in the future. This could be a very smart move if the Portuguese Under-19 international reaches the heights he’s expected to. The Swiss international signed from Basel for £8m, but has had next to no playing time so far. He started in both Carabao Cup games without any effect and has yet to gain Pellegrini’s trust in the Premier League, with attacking midfield players being preferred over him when West Ham need a goal. Potential to improve in the future but so far, Ajeti has flopped in claret and blue.