​Two teams with contrasting fortunes play this Wednesday night as Leicester host bottom side Watford at the King Power Stadium.

After their miraculous start of the season, Brendan Rodgers’ side sit second in the table following six victories in a row. The Foxes are serious title challengers and sit eight points off leaders Liverpool coming off an important last gasp win at Everton. ​Watford, however, are bottom of the league having won only once all season. They sacked their second manager of the season Quique Sanchez Flores on Sunday following a 2-1 defeat to Southampton. They are already six points off safety and staring down the barrel of relegation.

Two teams with two massively contrasting fortunes. Leicester will be heavy favourites for the match up against a manager-less Watford and will be hoping to continue their title challenge.

​Leicester have no injury concerns of note except for Matty James who has a calf problem that will rule him out until the new year.

Kelechi Iheanacho will be pushing for a start after his late winning goal last time out against Everton. However, Rodgers is likely to stick with the starting XI that has secured six consecutive wins. Watford have been rubbish this season – and some of that is down to injuries. Christian Kabasele, Daryl Janmaat, Danny Welbeck and Sebastian Prodl are all out until 2020 with injuries.

However, caretaker manager Hayden Mullens will be hoping Craig Dawson and Tom Cleverley can recover from knocks that have seen them miss out in previous weeks. Club captain ​T​roy Deeney will be pushing for his first start after recovering from knee surgery.

It will be interesting to see who Mullens selects in his first (and, probably only) game in charge.

Historically, Leicester have the slight edge over the Hornets winning 29 games to Watford’s 21, with 17 games drawn. In recent years, the games have gone back and forth with both teams winning three of the last six. 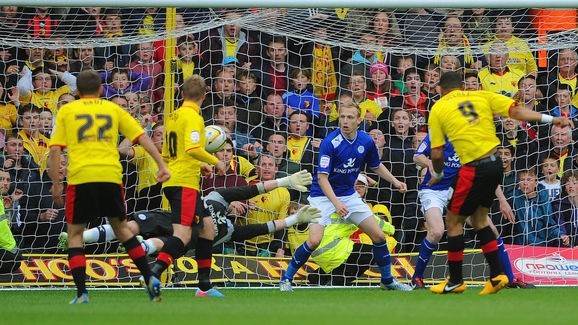 The most famous game between the two sides was ​THAT play-off semi final when Troy Deeney scored after Manuel Almunia saved an Anthony Knockaert penalty to send Watford to the final.

The most recent game ended in a Hornets’ 2-1 win at Vicarage Road in March of this year. However, Watford haven’t won at the King Power Stadium since 2013 in a Championship game.

Leicester’s recent form has been nothing short of fantastic and has put them in a position where they are now challenging for the title. It was thought that they could never repeat their Claudio Ranieri-led title winning season, but they are performing way above expectations at the moment.

The Foxes have six wins in their last six ​Premier League games which includes a record-breaking 9-0 win over Southampton. In these six games they’ve only conceded twice while scoring 19. 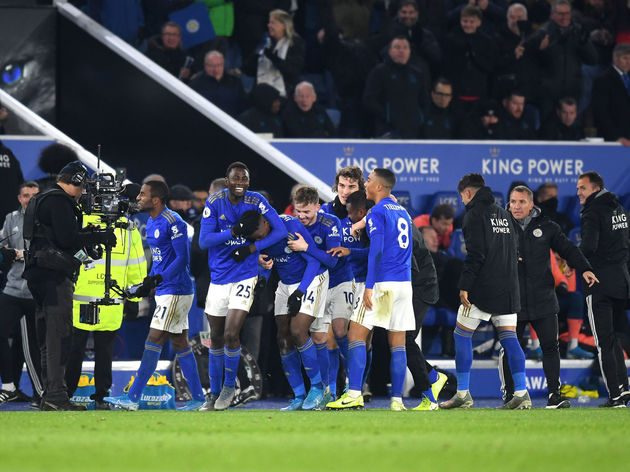 By contrast, Watford’s recent form has been shocking – as it has been all season. They earned their first league win over Norwich in their 12th league game of the season but since then have lost back-to-back games to Burnley and Southampton.

They sit rock bottom of the Premier League and look completely hapless. They’ve scored only NINE goals all season which is the least in the league, while conceding 28 – the third worst.

Leicester will be expecting to continue their imperious form against a manager-less Watford side that looks devoid of any confidence or direction. The speed and creativity that Leicester play with will be way too much for Watford, whose defence won’t be able to handle it. At the other end of the pitch, it will be surprising if Watford even trouble Kasper Schmeichel.

Expect ​Jamie Vardy to continue his goalscoring prowess as Leicester enact some sort of revenge for that play-off semi final. Watford will soon be cut adrift at the bottom of the league.

Things to know about the Real Madrid star

Rose Lavelle sees USWNT loss against Sweden as a blessing