The 20-year-old was awarded the Kopa Trophy on Monday to signal his status as the best young player in world football over the last year. He led Ajax to the Champions League semi-final, before sealing a blockbuster switch to Juventus during the summer. Speaking to ​El Chiringuito after the ceremony, De Ligt did not hesitate to name ​Ramos as the player who he looks up to the most.

“Sergio Ramos is my biggest idol,” De Ligt simply said, and that was by no means the first time he has heaped praise on the ​Real man in recent times.

Back in April, De Ligt hosted an Ask Me Anything session on Ajax’s Instagram page (via ​Goal), and he was asked to name the best centre-backs in world football at the time. 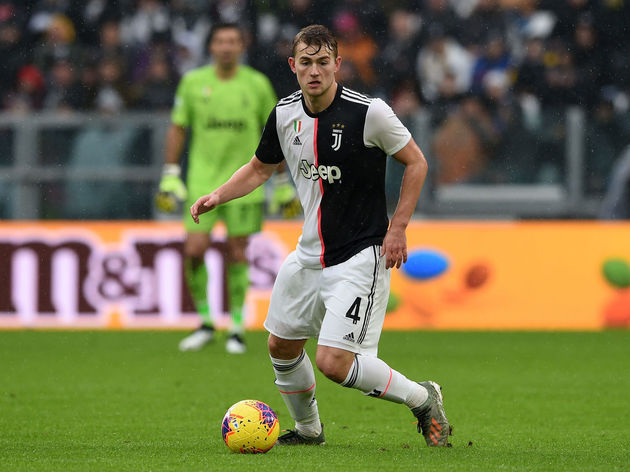 “I can name three defenders who are very good,” he confessed. “I think Sergio Ramos is a very good defender. ​Gerard Piqué as well, and of course my compatriot Virgil van Dijk.”

Real were even thought to be in for De Ligt during the summer, with the young Dutchman seen as a potential long-term replacement for Ramos himself. However, after months and months of speculation, it was ​Juventus who won the race for his signature.

He has started 15 games for Maurizio Sarri’s side this season, replacing the injured Giorgio Chiellini, and De Ligt has certainly enjoyed an impressive start to life in Turin.

He fought off competition from both ​Borussia Dortmund‘s Jadon Sancho and ​Atlético Madrid‘s João Félix to pick up his first Kopa Trophy on Monday, after which he praised all his teammates over the past year for making it possible.

“It is an honour, I am happy to be here, he said (via Juventus’ ​official website). “Thanks to my team mates last year, to Ajax, and to those I have now at Juve.

“Inter will be a difficult challenge because they are a great team with great players. But the season is long and for us, it is all about winning. We want to win everything. At Juve there are world-class defenders, who will help me grow and become even stronger.”