​Leicester City are ‘in talks’ with manager Brendan Rodgers over a new contract, in a move to ward off interest from Arsenal, following recent speculation.

After arriving at the club from Celtic last February, Rodgers has overseen an incredible rise in the East Midlands, with the Foxes currently second only to Liverpool in the Premier League table after 15 games.

The two-time Scottish Premiership winning coach is once again seen as one of the United Kingdom’s finest managers and his recent success has seen him linked with the vacant Arsenal post. ​Recent reports suggest 48-year-old Rodgers views Arsenal as a ‘dream job’, but is not prepared to leave ​Leicester during the middle of the season.

​The Telegraph now say that the Northern Irishman will be offered a ‘lucrative’ extension to his current deal to nip any Arsenal interest in the bud.

Rodgers signed a three-and-a-half year deal reportedly worth around £5m a year when he moved down from Celtic ten months ago, while that contract contains a release clause set at around £14m.

The Telegraph claim that Rodgers will be offered a ‘significant pay rise’, while the Foxes’ hierarchy also hope to raise his buyout option even higher. The same article claims Leicester had always been intending to reward their manager for his impressive start but their plans have been hastened by new vacancies at top Premier League clubs.

A report last week suggested the former Liverpool boss could be keen to talk to Arsenal in the summer, but would be reluctant to walk away from the King Power Stadium mid-campaign.

Rodgers, famously, faced heavy criticism from Celtic fans after leaving with the club on the cusp of a famous ‘treble treble’ and may want to avoid generating similar ill-feeling among the Foxes fanbase.

In public at least, Rodgers remains adamant that he wants to continue where he is. Addressing rumours over his future recently, Rodgers said: “Why would I want to leave Leicester City at this moment in time? I’m working with a young group of players with so much potential, that want to improve and want to develop. 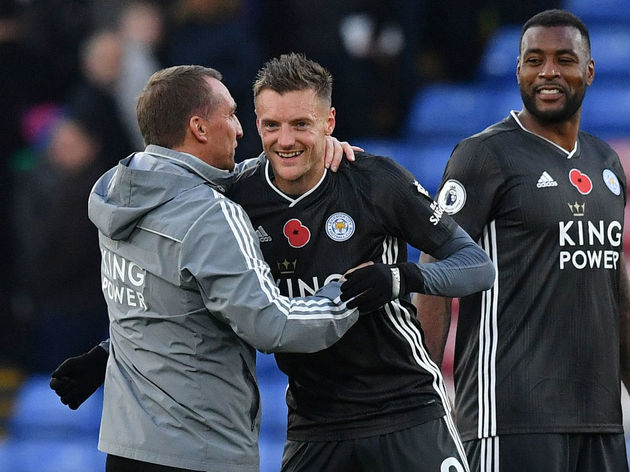 “There’s a lot for us to grow and develop over these next few seasons. We’re moving to a new training facility.

“I respect there will always be this speculation around jobs, but I’m very happy here and have great relations with all the people, and I feel I want to continue with that.”