Newcastle United recorded an impressive away win as they beat Sheffield United 2-0 away at Bramall Lane, on Thursday night.

​Sheffield United started the brighter of the two sides and Martin Dubravka was forced into a smart stop after just five minutes from a deflected Enda Stevens strike. However, Newcastle took the lead as Allan Saint-Maximin climbed at the back post to guide a header past Dean Henderson to score his first goal since moving from Nice, with 15 minutes gone.

It was the Frenchman’s first strike in 854 minutes for the club he joined this summer. Dubravka was once again forced into a wonderful save as he denied Oli McBurnie’s header. Sheffield United spent almost the whole of the first half camped inside Newcastle’s half but were guilty of not taking their chances – especially Billy Sharp who fluffed his lines at the back post with the goal gaping.

The home team continued to struggle in the second half as Newcastle consistently frustrated, looking solid at the back and fast on the counter. Newcastle, bizarrely, took a 2-0 lead when Andy Carroll’s flick-on found a completely open Jonjo Shelvey who went through on goal uncontested and slotted past Henderson on 70 minutes. Originally, the goal was ruled out for offside but after a quick VAR check, Newcastle were correctly awarded the goal.

The Magpies shut the game out with their experience and kept the Blades at bay even after reinforcements were brought on by Chris Wilder.

For those of you watching this on Amazon, Newcastle are winning 9-0 and it’s the 93rd minute. Andy Carroll has scored seven, I had a pie at half-time and I’m currently 3,922 words into my report.

This is a huge result in the context of the season and pulls Newcastle further away from the bottom three. 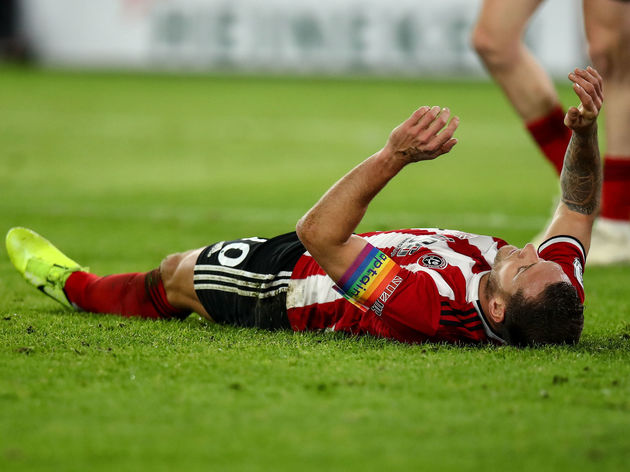 STAR PLAYER – It was a relatively lacklustre performance by the Blades in front of goal as their strikers continuously missed big chances when chasing the game. He looked dangerous down the left flank for much of the game and delivered cross after cross.

The wing-backs are key to Wilder’s system and Stevens is archetype for the 3-5-2 formation.

Newcastle came into the game looking over their shoulders, only two points clear of the relegation zone following results earlier this week.

This was the perfect away performance from Bruce’s side and they showed their experience in securing a vital three away points.

Dubravka kept them in the game in the first half but nothing should be taken away from how big of an achievement this is from the Magpies.

STAR PLAYER – Martin Dubravka pulled off some fantastic saves in the first half and ensured Newcastle kept a clean sheet on way to this impressive victory.

but motm by far was Dubravka, kept us in the game single-handedly first half with some incredible saves, and was immense again in the second. Unreal

He marshalled from the back and kept Sheffield United at bay when his defence couldn’t. Honourable mentions to both goal scorers but without Dubravka, Newcastle could’ve been at least three behind at half time.

On Sunday, the Blades travel to Norwich hoping to bounce back from this poor result and will be expecting a reaction against the 19th placed Canaries.

Meanwhile, Newcastle host Southampton in a fixture that could have huge implications on the bottom half of the ​Premier League.​