​adidas were ​forced to change their shirt printing policy recently after a fan alerted them that their system did not allow Arsenal and England star Jordan Nobbs’ name to be printed on the back of replica shirts.

Freya Allum, 17, got in touch with the global sports brand when her attempts to buy an Arsenal shirt with the England midfielder’s name were scuppered by adidas’ personalisation guidelines.

adidas were quick to offer Freya a flawless solution, and suggested she instead get ‘Nobbs’ or ‘Jordan’ printed instead. However, when the sixth form student from Ipswich decided she did not want to get her younger sister an Arsenal shirt with ‘Nobbs’ on the back for Christmas, she ‘sent out a tweet on a whim’ and then popped off to do a shift at Waitrose.

When she next checked her phone, she was pretty blown away by the response.

“I hope to ask them about adding the female players names to the drop down list so that they are not excluded if their names are longer than the 10 character limit,” she added.

The lack of awareness adidas appear to have surrounding the names of female footballers and the demands of fans is bizarre, considering that, 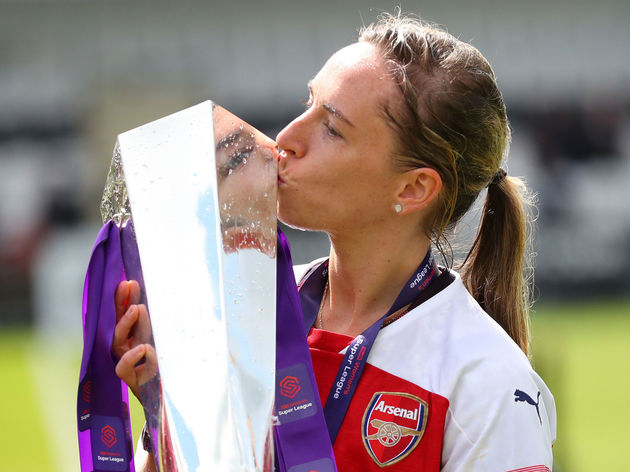 “She was happy Nobbsy liked the original tweet, then even happier when she ended up with her Christmas present earlier, then completely speechless when I showed her that she’d [Nobbs] liked the picture of her in the shirt,” the life-long Arsenal fan revealed.

When asked what she received more recognition for, Freya was split.

“I think my teachers were more impressed with me for getting in ​the Times, but I am still getting people coming up to me congratulating me on ‘Blockbusters’ and that was months ago, so it’s about equal I think”.

Watch your back Michael McIntyre; Leah Williamson is coming for you.