The Reds recently renovated the Main Stand at Anfield, opened in September 2016. That took the capacity close to 55,000 and improved facilities, while work on the Anfield Road end that is hopef to begin later this year will improve the capacity to beyond 60,000. The Anfield Road redevelopment is currently in its public consultation phase.

A report from Forbes claims the complete expansion could include permission to host a variety of other events like American football, boxing, Gaelic games and music concerts, with the possibility included in the latest set of proposals.

Hosting NFL games in Liverpool in the relatively near future could be huge, with London hosting all 28 ‘International Series’ matches played in the UK so far, plus another four planned in 2020.

Most of those have been played at Wembley, but rugby stadium Twickenham played host in 2016 and 2017, while Tottenham Hotspur Stadium was specifically designed with NFL in mind. 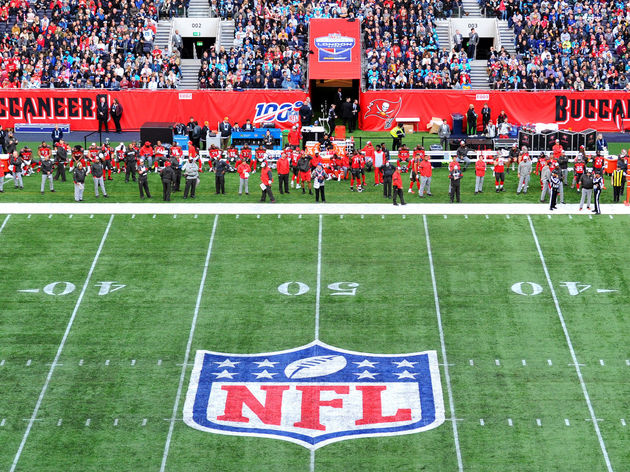 Anfield could give NFL action a northern UK base, while Liverpool’s historic Irish influence could Gaelic sporting events popular in the city – however, Forbes points out that the GAA’s stance is that there are no current plans to host games in England.

Liverpool hope to have the Anfield Road work done in time for the 2022/23 season, which would then open the door to host other sports if the permission is in place.

The renovation of Anfield was always the better option for Liverpool over building a new stadium, which had been considered in the past.

Just this week, former chairman Sir Martin Broughton recalled how the decision to redevelop rather than start from scratch was made when current owner John W. Henry visited Arsenal’s Emirates Stadium, that while state of the art, lacks character and soul.

“[Redevelopment] was the most important decision – to do that rather than go for an Emirates-style stadium in Stanley Park,” Broughton said.

“We organised a trip for John to the Emirates for a game, and the feedback was always how everyone loved the stadium, except the Arsenal fans. They could instantly see, why would you throw away ‘This is Anfield’?”

France winger ruled out of Euro 2020