Tabloid gossip this week has claimed that Lacazette has a special agreement in his Arsenal contract that allows him to leave if the club does not reach the Champions League. But the player himself has denied any knowledge of such a clause and is far from agitating for a transfer. “I didn’t know about this [agreement]. I have a contract with the club, so there is no point for me to leave if everyone is happy with me at the club,” Lacazette is quoted as saying by Sky Sports, when quizzed by the media on the gossip surrounding his future.

The Frenchman’s place at Arsenal has also come under scrutiny owing to a lack of goals compared to past seasons. Lacazette netted 17 times in his debut campaign at Arsenal, followed by 19 last season, but 28-year-old only has eight in all competitions so far in 2019/20.

“I am a striker but I am not only here to score goals,” he stressed.

“I’m also here to defend and help build the game. For me it is not the best when I am not scoring. There is a pressure but it’s not just about me. I want to help the team and score but it is not the pressure from my transfer [fee],” he added, referring to his 2017 club record arrival. 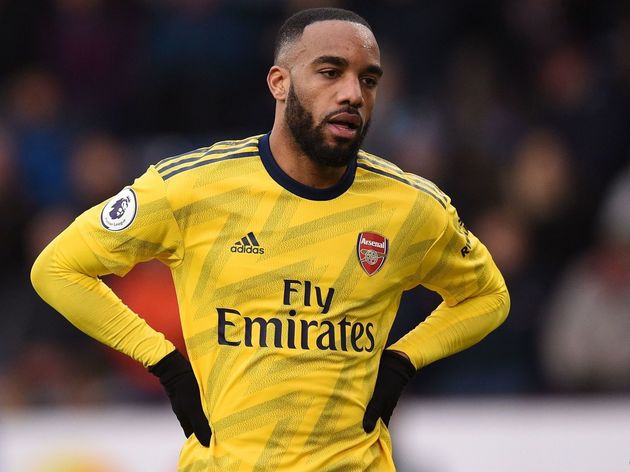 Lacazette further explained that he is not letting public criticism over his form get to him and is only concerned with what his teammates and coach Mikel Arteta think of him and are happy with his contribution. That, he says, “…is the most important thing.”

“That confidence and support came from me, but most importantly it came from his team-mates,” the Gunners boss said. “The way they reacted when he scored, that was a lift. That’s not just a coincidence. It’s something that happens because the energy of the team is putting energy into him as well.”