​Newcastle have been dealt a major injury blow with defender Ciaran Clark set to miss the remainder of the 2019/20 campaign after suffering ankle ligament damage in the Magpies 4-0 loss to Arsenal a fortnight ago.

Clark’s injury is devastating news for Steve Bruce, whose Newcastle side are struggling for form of late, and find themselves just seven points clear of the relegation zone.

Having broken into the side last October, Clark had been in excellent form for the Toon over the Christmas period. 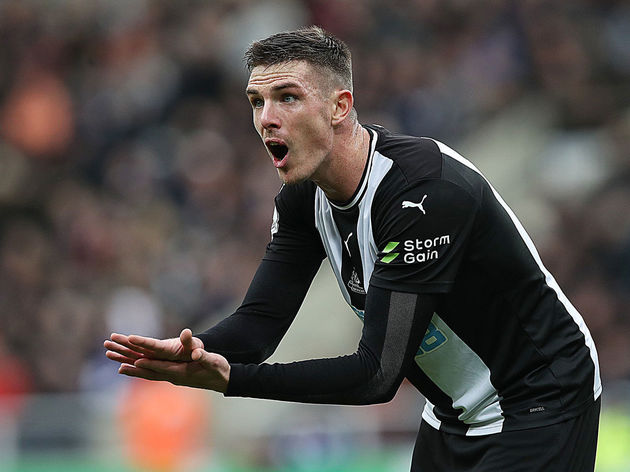 However, it’s not just ​Newcastle who will suffer. The Republic of Ireland international will miss his country’s Euro 2020 play-off fixture against Slovakia next month.

As was reported by ​The Daily Star, Clark sought advice from a specialist, who confirmed that the defender will be unable to feature in the final months of the season. For Newcastle, Clark is the third defender who has been ruled out for the remainder of the campaign.

Paul Dummett has several months left on the sidelines, while full-back ​Jetro Willems has returned to parent club Eintracht Frankfurt after he suffered a cruciate knee injury against Chelsea last month. Javier Manquillo is another who has been out after tearing his hamstring on New Year’s Day.

Bruce, however, will be thankful that he does have alternative options at the back after welcoming several defenders back to the fold after lengthy injury lay-offs.

The likes of club captain Jamaal Lascelles, Fabian Schar and Florian Lejeune have all made their comebacks over the last two months, with Schar replacing the injured Clark for the Toon’s ​1-0 defeat to Crystal Palace last weekend.

Newcastle did end up strengthening their defensive ranks in the January window too – they signed Tottenham’s ​Danny Rose on loan as a replacement for Willems, and Valentino Lazaro has joined on loan from Inter.

Ahead of Newcastle’s home game against Burnley on Saturday afternoon, it looks as though Schar will start again in place of the injured Clark.