​Liverpool’s 3-2 victory over West Ham on Monday marked their 54th consecutive Premier League match at Anfield without defeat. That’s almost three years without tasting defeat at home in the competition.

It’s a remarkable run from a remarkable Reds side that, due to this incredible run of form, are set to win their first league title in 30 years.

To put it into context, then, here’s a list of the top four home runs of the ​Premier League era. The ​Manchester United team at the turn of the century under Sir Alex Ferguson was, to be fair, quite good.

The 1998/99 campaign saw them become the first side in the history of English football to pick up a Premier League, FA Cup and Champions League treble, and they historically followed that up with another league title the following season.

At anything close to their best during that time, they were unstoppable, with the likes of Paul Scholes, David Beckham and Roy Keane running the show in midfield and Andy Cole banging them in at the top end, and that quality certainly shone through in their home form. They lasted two years without suffering defeat at Old Trafford, before Liverpool eventually showed up and spoiled the party thanks to a spectacular Danny Murphy free-kick on 17 December 2000. ​Manchester City‘s 2017/18 ‘centurions’ ​will go down in history for their record-breaking feats, but it’s worth remembering that Roberto Mancini’s side achieved a thing or two of their own back in the day.

The wider picture is often forgotten, but that famous Aguero goal against QPR that clinched them the league in the last seconds of the season in 2012 came amid a frighteningly impressive run of home form that saw them go two years without defeat at the Etihad.

It marked the beginning of the most successful period in the club’s history, and gradually over the next ten years they would go from strength to strength, developing into the powerhouse that sits on top of the Premier League today. Given how supporters of Liverpool and United often define themselves in comparison to one another, Reds fans will be happy to know that that they have absolutely trounced their bitter rivals in this one.

They haven’t lost a home match in the league since Christian Benteke scored twice as Crystal Palace came from behind to record an impressive victory in April three years ago, and although they haven’t been at their electric best since the turn of the year, they’ve just continued to win games at a record-breaking rate. 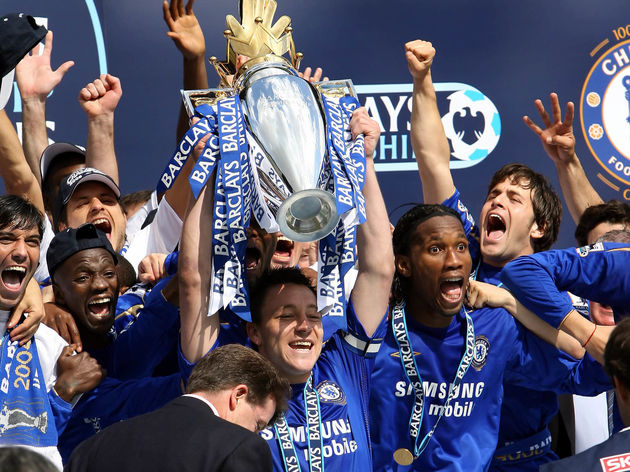 And then, way out in front and ruining the game for everybody, is​ Chelsea‘s quite frankly ridiculous run of 86 league games at Stamford Bridge without defeat. What chance have you got?

The only thing surprising about the four-year run is it only spawned two league titles, back-to-back in 2005 and 2006, but it was a period that really established them as the new challengers to United’s dominance as Arsenal began to falter.

Again, it was Liverpool who mercifully brought that run to an end with a 1-0 win. Fast-forward 11 years, and they now have quite the fight on their hands if they are to overturn the 32-match advantage Chelsea have on them here.