Alex Morgan is the most notable absentee, with the 2019 Best FIFA Women’s Player runner-up currently heavily pregnant with her first child due in April. She has, however, already declared her intention to return to action in time for the Olympics in Tokyo in summer. 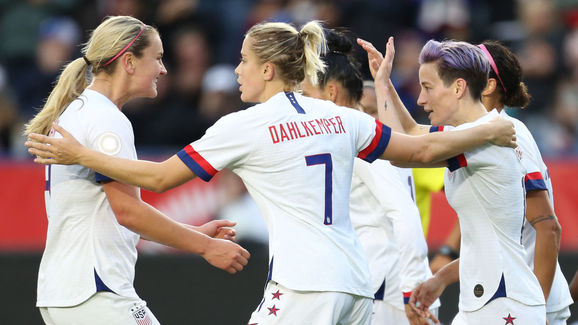 All three players are established internationals with over 70 USWNT combined appearances.

The likes of Ballon d’Or and FIFA award winner Megan Rapinoe, Carli Lloyd, Rose Lavelle, Tobin Heath, Sam Mewis, Crystal Dunn and Abby Dahlkemper will all be there as the United States look to reclaim the trophy that was won last year by England.

This will be new coach Vlatko Andonovski’s second competition in charge of the USWNT after already overseeing victory at the recent 2020 CONCACAF Women’s Olympic Qualifying Championship. Overall, he has won all seven games played since being hired. Japan are returning to the SheBelieves Cup for the second time after making their debut in 2019, while Spain have been invited to compete for the first time this year.

The tournament begins on 5 March and concludes six days later on 11 March, with rounds of games to be played in Orlando, FL, Harrison, NJ, and Frisco, TX.

Ferenc Puskas: The Mightiest Magyar Who Came From Nothing to Rule...